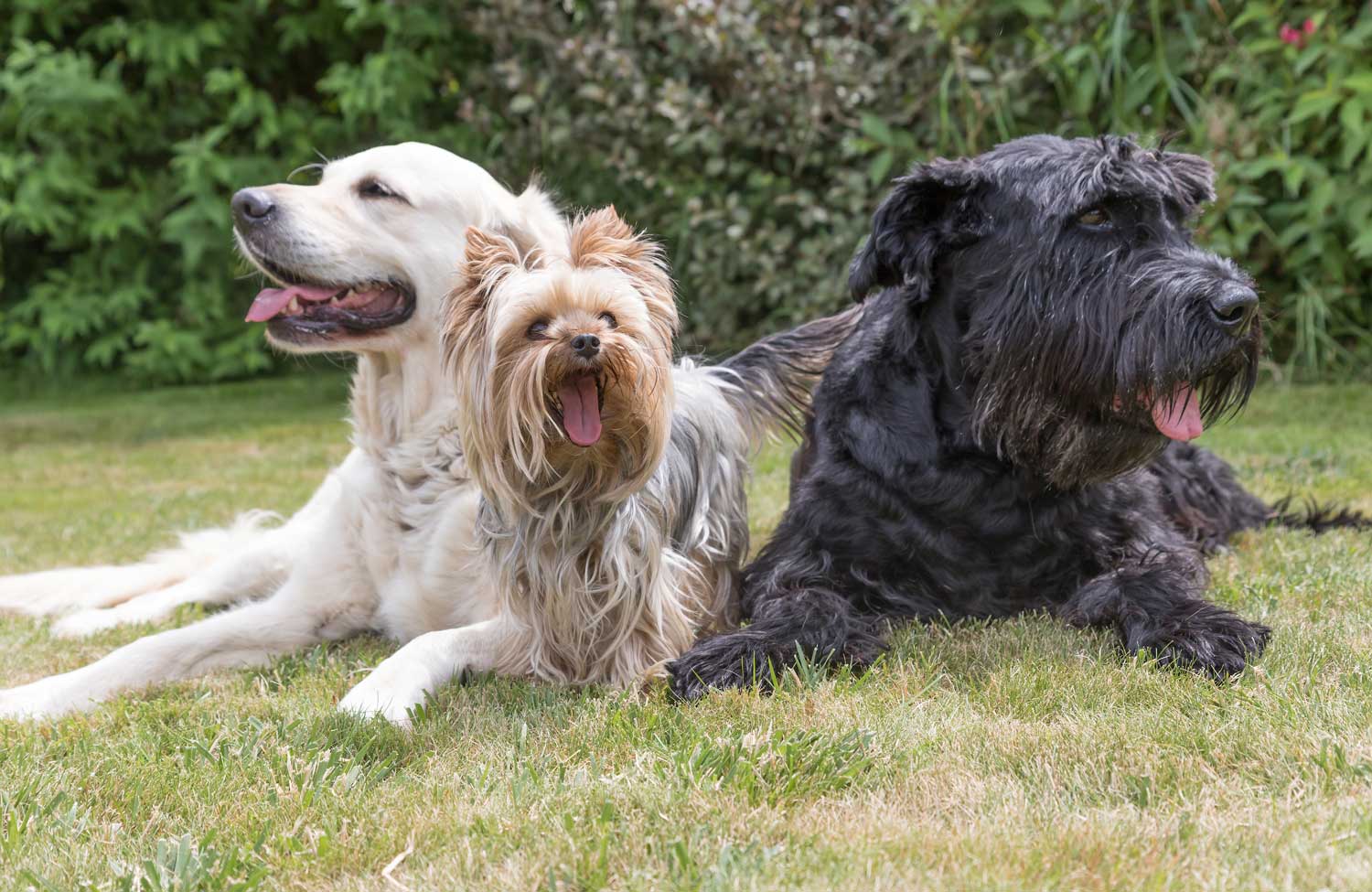 Heartworm disease is a serious infection that can lead to severe lung disease, heart failure, other organ damage, and death in pets, mainly dogs, cats and ferrets. Dogs are definitive hosts, meaning worms mature into adults and are able to mate and produce offspring. The average number of worms living inside an infected dog is 15, but numbers can range from 1 to 250. Even after dogs are treated, the worms can cause lasting damage and affect the dog’s health for years.

Cats are considered a resistant host of heartworms because they do not thrive well inside a cat’s body. However, this does not mean they can’t get them and even immature worms are dangerous to a cat’s health. In many cases, heartworms go undiagnosed because cats don’t present symptoms like dogs do and there are fewer inexpensive and accurate screenings available for cats. There is no FDA-approved drug to treat feline heartworm disease. However, there are medications available that can be used to manage the symptoms.

How are pets infected?
Heartworm disease is caused by a parasitic worm called Dirofilaria immitis. When an infected mosquito bites a dog, it then spreads the infective larvae to the dog through the bite wound. It takes about six to seven months for the infected larvae to mature into adult heartworms. When the adult heartworms mate, the females release their offspring into the dog’s bloodstream, completing the lifecycle. The lifespan for heartworm in a dog is five to seven years. For a cat, it’s two to three years.

What are the common symptoms of heartworm disease?
The common symptoms of heartworm disease in a dog depending on how many worms are living inside the dog, how long it’s been infected, and how the dog’s body is responding. Dogs that have low worm burdens, are in the early stages of infection or are not very active, may reduce the presence of the symptoms. Dogs that have heavy worm burdens, have been infected for a long time, or are very active, show much more obvious symptoms.

The stages of heartworm disease can be broken out into four classes. The higher the class, the worse the disease and the more obvious the symptoms.

Class 3: General loss of body condition, persistent cough, and tiredness after mild activity. Trouble breathing and signs of heart failure are common. With chest x-rays, heart and lung changes are usually identified for Class 2 and Class 3.

Class 4: This is called caval syndrome. When there is a heavy worm burden, the blood flowing back to the heart is physically blocked by a large mass of worms. It is life-threatening, requiring quick surgical removal of the heartworms as the only option. This surgery carries a high risk and dogs with caval syndrome often die.

Heartworm disease in cats will vary and may appear as a very subtle or very dramatic disease process. While some cats will have no outward signs of distress, other cats will have asthma-like attacks, difficulty walking, fainting spells or seizures, and in some cases the only sign of distress is sudden collapse or death.

What tests and treatments will my veterinarian perform?
When heartworm symptoms are seen in your pet, a veterinarian will test for heartworms with an antigen test. If it comes back positive, a second test should be performed to confirm the diagnosis as the treatment protocol for heartworms is both complex and expensive.

Treatment for dogs
There are a number of approved heartworm treatments for dogs. A majority of them use arsenic which is effective at killing adult heartworms. There are also several drugs available to eradicate microfilariae from your pet’s blood stream.

How do I protect my pet from heartworms?
Prevention is the best method! Preventatives are available from a veterinarian in the form of a topical gel, oral or six-month injectable for dogs. Those that are already currently infected are first recommended steps for treatment. Six months after being treated, a dog or cat will need to be retested by a veterinarian and will be put on year-round preventatives for the rest of his or her life.

In order to stay on top of your pet’s prevention plan, it is best to have a set year-round schedule to administer the medication and ensure the continued good health of your pet.